Yesterday, I finished planting my hugelkultur bed!  I learned some things in the process.  It is very hard to water the whole mound–the water stays on the surface and slides down the sides.  So I made small indented areas along the top of the mound in which to plant seeds so they could hold water: a round bowl-like indentation for a zucchini “hill,” and a square indentation for some bush beans.  I put the first zucchini “bowl” near one end, so that the plant could drape over the edge. I alternated zucchini, then beans, then zucchini, then beans. I found some brown packing paper to use to help block weeds between the plantings, and put some straw in my seed areas for mulch. I used little twigs and stones to hold down the paper.

I planted three kale seedlings in the next area, then a “bowl” for cucumber seeds at the other end.  I really could only plant in the very top across the mound, because nothing else was stable enough to water and keep the soil.  I did tuck a couple of borage seeds lower into the side, in case they might grow there, since they are good companion plants for all of these. I tried to pick spots that had some support, and under where the beans would be. But it is very hard to water the sides without the soil sliding down. I imagine that if someone made a hugelkultur mound in the autumn, it might settle enough over the winter to be more usable on all of its surface area.  But that idea of planting up both sides didn’t really seem feasible to me, though it was part of what appealed to me in the first place. Right now, planting the squash and cukes which like to spread out with a lot of vines seems the best idea. 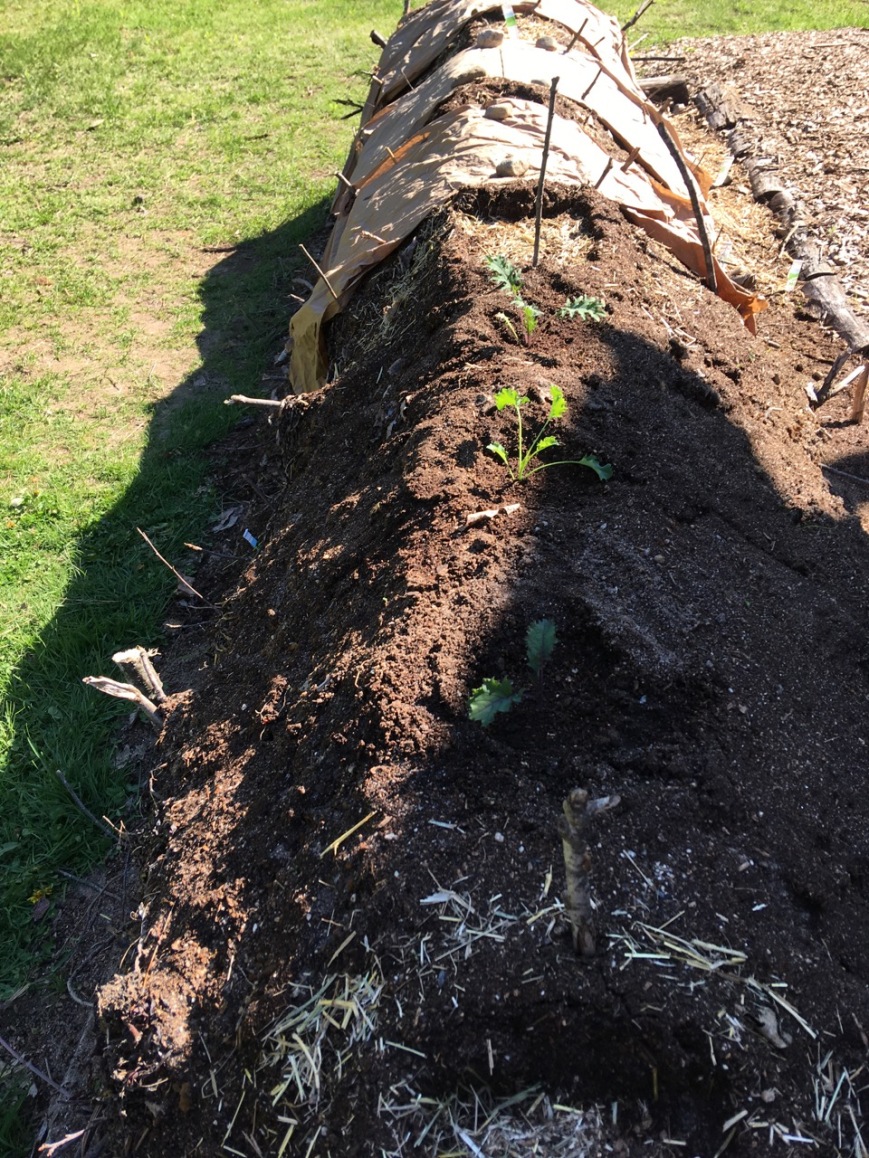 Meanwhile, I planted other kale seedlings tucked into spots around the peach and cherry trees circles in the orchard, along with some lettuce and carrots.  I love the polyculture feel of the food forest.  I now have a total of 13 kale plants thanks to friends Mihku and Sylvia.  I think of them as my tried and true veggie for the year–easy to grow, pick and eat, and freeze for the winter. So far, they have grown really well in our food forest.

Meanwhile, we also have sea kale, a lovely perennial kale that we have already been harvesting in early spring, along with our chives and oregano and thyme. The asparagus has been disappointedly spindly this spring so far. I had been hoping I might get a bunch to eat since this is its third year, but I only had a few spears worthy of snacking on. I guess they need more compost to keep them well fed.  However, I am excited about these new zucchini, bush bean and cucumber plantings.  Wish me luck! 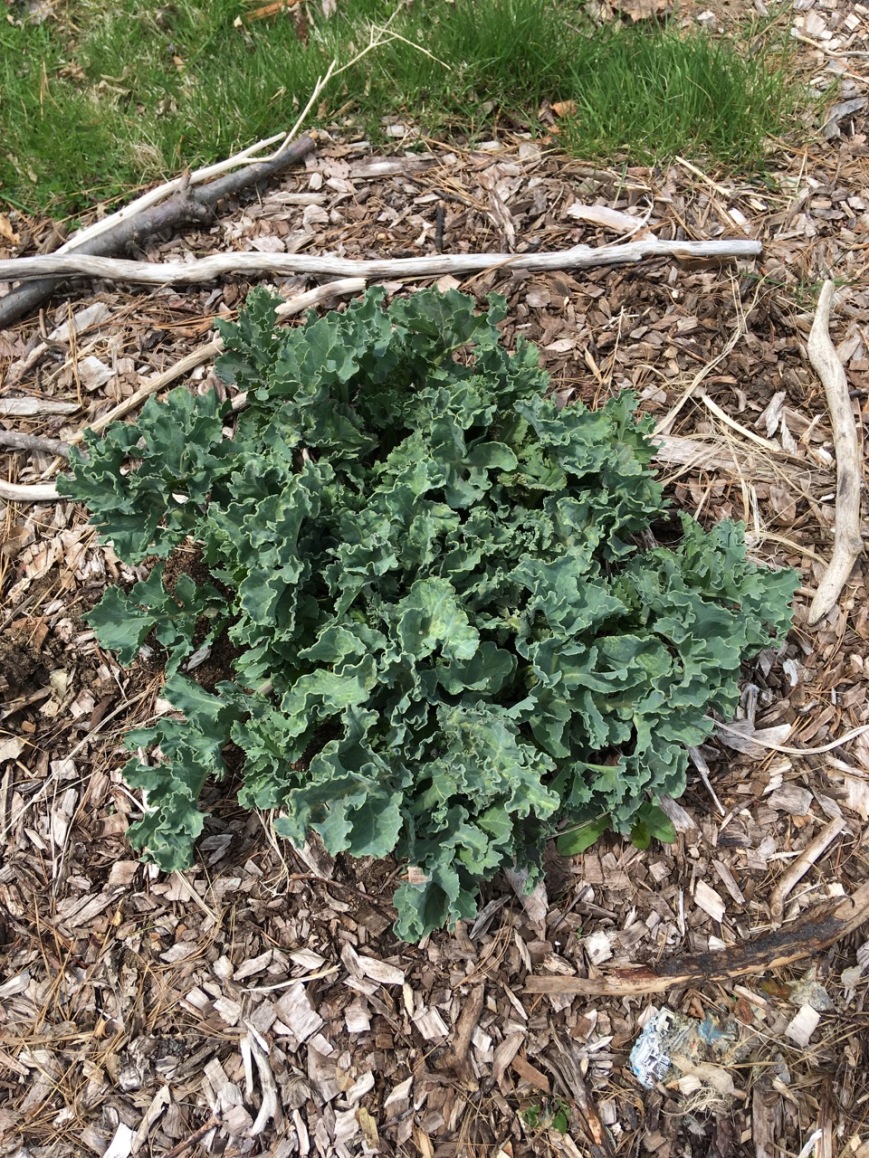 Sea Kale–a bit more pungent than annual kale, so I often mix the two for my own taste–plus sea kale also has little “broccoli” florets that can be eaten as well. This picture is from May 11th. It is best when very new, so we are almost already at the end of its season.