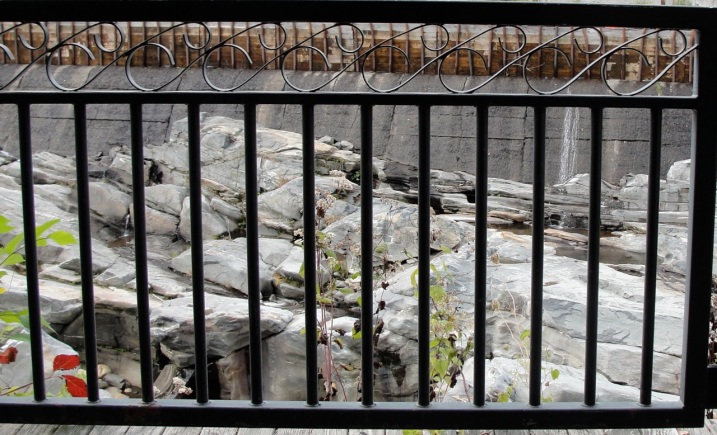 Now you know the worst
we humans have to know
about ourselves, and I am sorry,
for I know that you will be afraid.
Wendell Berry

If we are paying attention, we have to notice that life holds not only beauty, but tragedy. It holds not only goodness, but greed and hate and oppression. It holds unspeakable acts that human beings commit against each other and against the earth. Some people ask, if there is a God, especially a God of Love, why is there so much evil and suffering in the world?  I want to explore this question over the next several blog posts.

Every once in a while I have a dream in which there is a dangerous person lurking about outside of my house, and I am frantically trying to lock the doors. But in this dream I keep finding openings to the outside that don’t lock. Here in America, we associate locked doors with a sense of safety from evil. We think of evil as something that has to be kept out.

It makes me think about walls. There is a wall being built in Palestine, purportedly to keep terrorists out of Israel. Some sections of the wall go right between a family and their own olive grove. There is a plan to extend a wall across our entire border with Mexico, as part of Homeland Security. That doesn’t make any sense to me at all. I mean, even if a wall could protect us from terrorists, I have never heard of a Mexican crossing the border to blow up a building in the U.S. But the thing with keeping evil out is that you’ve got to blame somebody. Immigrants have often born the brunt of our feelings of insecurity.

Since September 11th, 2001, many previously safe Americans have felt as if evil has gotten through the doors, and we must frantically try to find a way to feel safe again. Terrorism has become the new face of evil.

Wendell Berry quote is from “To My Granddaughters” in A Timbered Choir: The Sabbath Poems 1979-97