For several years, I was active in the struggle of the Cree, Inuit and Innu people against hydroelectric development in Northern Quebec. The traditional way of life for each was one of hunting and fishing and gathering. In my imagination, I had envisioned small bands of people roaming over vast wilderness areas at random, looking for game. What I learned was different.

Each small family band had very specific territory—certain rivers and waterways, certain areas whose terrain was utterly familiar to them, whose beavers were counted by them, where traplines had been set out for generations. When the LaGrande project was built in 1970, those beloved lands were flooded, and lost to them, with their ancestors’ graves, the memories and stories of love and new life and home. I learned that even the migrating birds return to the very sedges from which they had departed the previous season. They, like the Cree, had lost their homes.

Because I am writing in a broken land, there are things I should clarify. I am a white woman, and I am also related, by matrilineal ancestry, to the Innu people who are indigenous to land now called Quebec and Labrador. My great great great grandmother was an Innu woman. She married a Scottish trapper who worked for the Hudson Bay Company in Quebec. His name was Peter Macleod, and he called her Marie de Terre Rompue, which translates, Marie of Broken Land. 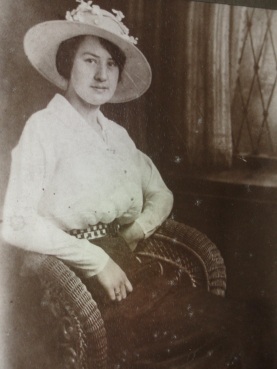 Having these Indian ancestors doesn’t make me an Indian in today’s world. My ancestors were assimilated into the white community, first in Quebec, and then in the United States when my grandmother Yvonne came to live in Detroit. Actually, assimilation itself was part of the long campaign against Indian people.

But this story created a broken place in my heart, a need to explore and understand the history and to find healing for the present. It helped to spark in me a deep feeling for Indigenous peoples. As a young adult I was drawn into activism in solidarity with American Indian struggles, and that has remained an important influence throughout my life. When I was able to travel to Nitasinnan, the land of the Innu, I felt some sense of place, a sense of the ghosts of my ancestors in the land.

But Indian ancestry is not necessary for the work of reconnecting to the land. Indian people have a belief that every person and being on this earth are related to each other. All of us can be part of the work of rebuilding our relationships where they have become torn and frayed.

One thought on “Reconnecting To a Broken Land”