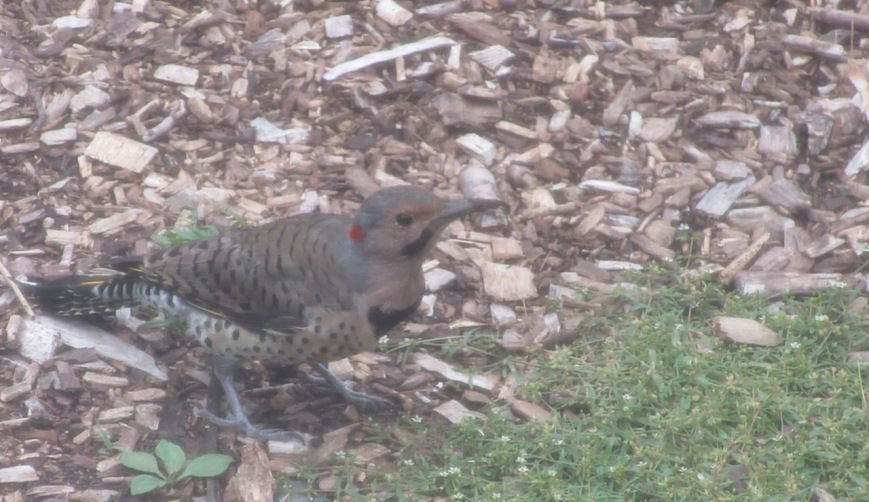 The other day I heard an unfamiliar racket out the window and discovered a small flock of northern flickers had come to visit the garden.  They were eating bugs in the ground, and also poking their long beaks between the pavers on our patio, so I am going to guess they were eating ants.  They settled in for a feast, and made themselves at home.

They are so distinctive and beautiful, a spotted breast with a black bib (and cheek patches on the males), red heart shape patch on the back of their head, and white rump feathers visible when they fly.  Oh, and a bit of yellow on the tail.  I also saw a plain looking smaller bird that I believed was a juvenile flicker, but then noticed it had white spots on black instead of black on white. It was clearly hanging out with the male and female flickers, but it looks more like a starling juvenile.  Does anyone know if starlings ever drop eggs with the flickers to get them to raise the young starlings?

Stranger than it first appeared. 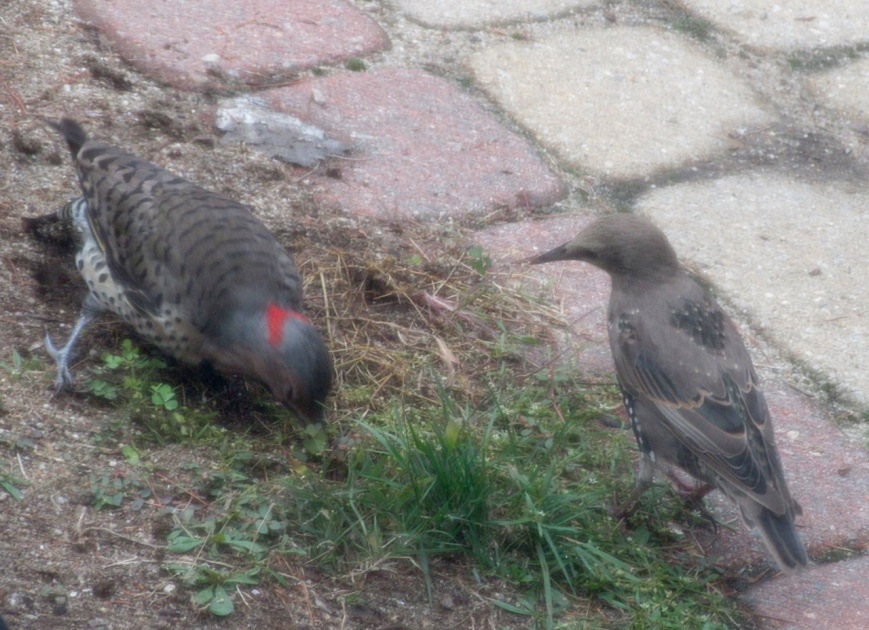