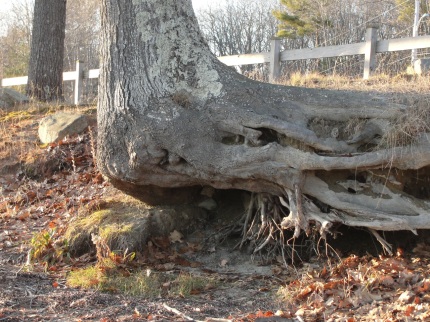 Our individualistic society has brought us to a time of increasing economic insecurity. In our culture, we are taught to keep our individual economic lives a secret—more than religion or politics or sex—we just don’t talk about our income or debt or other monetary realities. But millions of people have lost jobs, or have family members who cannot find jobs, or are struggling financially. We know that millions of families nationwide have lost their homes. Many people have had to cancel retirement because their savings were decimated by the stock market collapse. It has been a collective crisis.

In my own family, two sisters in Michigan lost their jobs within the last few years. One of them was about to get married, and so had the safety net of her new husband’s income. The other sister moved to my parent’s home in West Virginia, and though she found some part-time work for a while, she was left without income, health insurance, or other resources.

Jacob Hacker has written about how common insecurities have been increasingly shifted to individuals and families as many of our social institutions have been dismantled. For example, in 1980, the majority of employers at medium to large companies paid 100% of family health insurance. Now, less than a quarter do. Medical costs were a factor in as many as 700,000 personal bankruptcies in 2001, and that situation has only gotten worse. Employer pension plans are declining and more and more families are on their own to figure out retirement options.

Fewer workers have long-term employment, and more and more are working in temporary or low-paying underemployment. Wages have been stagnant or falling, and more households have had to rely on two incomes to cover the same needs. Parents with children are most at risk for bankruptcy and foreclosure, and single parents are especially vulnerable. Support systems such as extended families are disrupted by geographic distance.

In the midst of these economic insecurities, there are basically two paths before us—in one, we each hunker down, and try to fend for ourselves as individuals and families. In the other, we turn to our neighbors, and make a common purpose to find a way forward. Ultimately, I believe the path of common purpose is the only one that will help us survive.