There are strong pressures in our society to keep us fending for ourselves rather than finding common purpose with our neighbors. Think about some of the beliefs we have been taught about economic success and failure:

Economic struggles are a reason for personal shame.
You are on your own.
Don’t talk about your economic reality with anyone else.
You can pull yourself up by your bootstraps.
Watch out for people less fortunate than yourself—they will want to take your stuff.
Government programs will encourage laziness.

Sound familiar? These beliefs go back a long time. Chip Berlet, author of Right-Wing Populism in America, writes that the anti-collective attitudes currently expressed in the Tea Party movement find their roots in earlier Protestant theologies of America.

“If you read Protestant sermons from the late 1800s, they sound like Glenn Beck on a good day. They’re anti-government, anti-collective, anti-union. The idea is that good Protestants don’t depend on the government. Individualism and hard work and capitalism are seen as a kind of package deal.”

He goes on to describe how our social safety net was not constructed until Franklin D. Roosevelt pushed back against the banks and financial sector during the depression. “That was a real change in how Americans looked at government.” And even then there was “a campaign against Roosevelt, claiming that big government was the road to socialism and fascism.” These fears had a basis in the socialist movements in Germany and Russia that had produced totalitarian governments during the 1930s and 40s.

Individualists propose that we let the market work it out. Give free reign to businesses and corporations with the expectation that, unencumbered, they will restore the economy to prosperity. Then, stock prices and jobs will rebound, and all will be well again.

Unfortunately, the problems with this analysis are extensive. One problem is that it ignores the vital scaffolding of common resources that we share and take for granted. Our economic and personal well-being is directly dependent upon things like good roads, traffic control, public transportation, community fire departments, and public schools; police protection, libraries, and public parks—all of these commonly held resources make our individual and corporate initiative possible. Yet they are not figured into the cost and benefit accounting in the market economy. 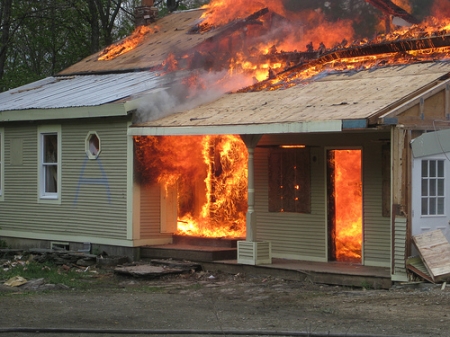 If these common resources are not protected, hazards abound. In 2010, a family in Tennessee lost their home to a fire because they had not paid their subscription cost to the local fire company. The fire fighters were under orders to let it burn down. Is that the future we want?

Another even more fundamental problem for the wellbeing of the human community is that we have treated the earth as a limitless resource to be used with no regard for future needs. Clean water, fresh air, thriving forests, and fertile soil are the underpinning of all economic and personal wellbeing, and human beings have been destroying them at an unprecedented speed. An economic model based on using up the water, air, forests, and soil is no longer feasible. An economic model based on continuous growth, as ours has been, is no longer feasible. There is only one earth, and its resources are finite. We cannot deal with this common crisis only as individuals.

Natural environmental limits are beginning to create tensions around the world. In just one of many examples, fierce battles are beginning to be waged over how we will manage increasing shortages of water in many places. While private interests are clamoring to control ownership of these resources, other are asserting that such fundamentals must belong to all Life. They cannot be separated and sold for the profit of a few.

Chip Berlet quotes from an Interview by David Barsamian, published in The Sun, November 2010: “Brewing Up Trouble: Chip Berlet on the Tea Party and the Rise of Right-Wing Populism”