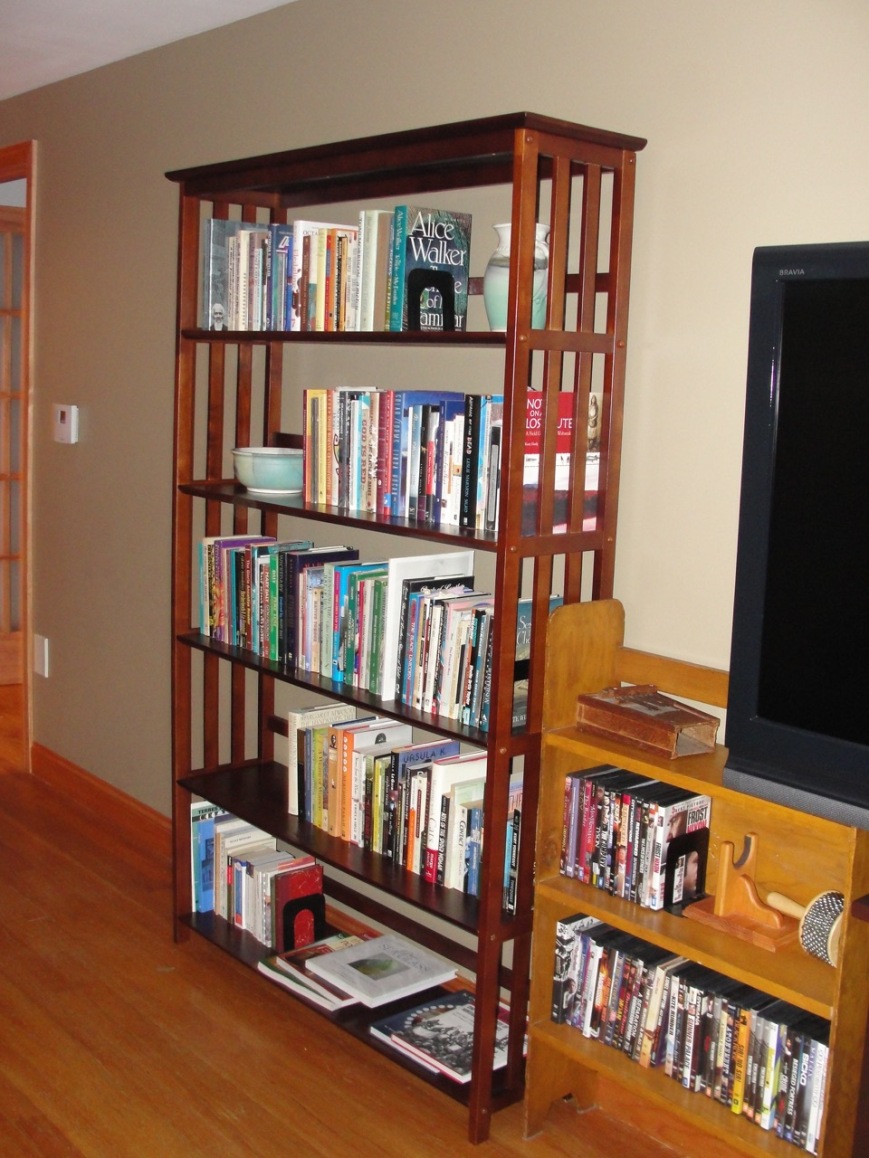 It is amazing how books on a book shelf can induce a feeling of home.  After a pretty busy few weeks (or shall I say–months?), I had this weekend off, and filled it with resting and nesting. I was able to figure out an arrangement for bookcases in the living room, and then unpack some boxes of books–I brought my best old favorites for this spot.  We also have bookcases in the basement, in the area that eventually will be a guest nook, and I arranged those bookcases and put some of my other books there.  That space is still filled with boxes though–but my fantasy is that it will be ready for summer guests. 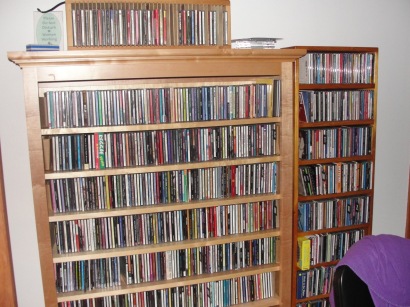 I also helped Margy get started in her office, which doubles as the music room–unpacking and shelving all the CDs and LPs.  She has quite a few recordings from all stages of music history, including a Victrola from her grandmother (in our living room), vinyl albums, cassette tapes, and CDs. I’ve moved on to digital mp3s, but she preserves our music history!

In between my frenzies of unpacking, I fell into long naps, or binged on Parenthood on Netflix.  I cooked curried chicken one night, and mowed the front lawn with our push mower one morning. It has felt so restorative to be focused on domesticity for these few days.

One thought on “Resting and Nesting”