Tending a garden focuses our attention on the here and now, the daily patterns and seasonal patterns. We have already begun to gather food–this from my lunch the other day: sea kale, asparagus, and wine cap mushrooms which sprang up near the carrots seeds I had planted in the food forest. (We had inoculated the wood chips with mushroom spore a year ago so we knew how to identify them.) 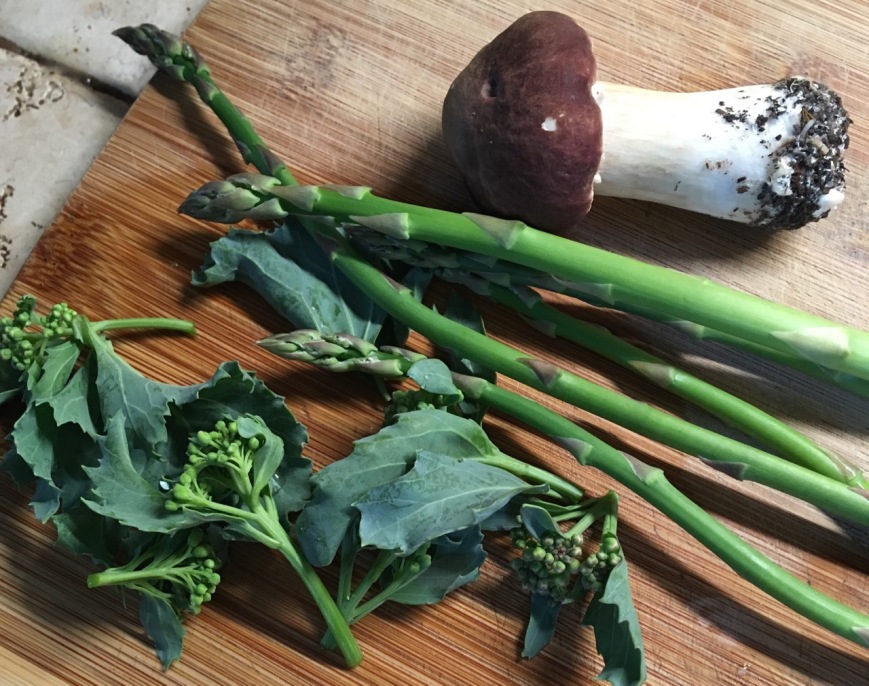 But while I was not in the garden, I decided to re-read Octavia Butler’s Parable of the Sower and Parable of the Talents. I was inspired by watching an online presentation of  Toshi Reagon’s concert production inspired by Parable of the Sower.  A powerful dystopia first published back in 1993, Parable of the Sower follows the story of Lauren Oya Olamina, as she faces the destruction of society all around her from environmental devastation and a widening divide between rich and poor. Eerily, the novel begins in the year “2024.” Eerily, in the second novel, there is a dangerous president who is going to “Make America Great Again.”

For those who don’t know her, get to know her!  Octavia Butler is an African American feminist sci-fi writer, who died in 2006.  I think I have read and loved all of her novels.  Her own experience of oppression shapes the way she tackles complex issues, painful realities, and paradoxical truths. These two books fit into that realm of sci-fi which asks the question, “What if things keep going the way they are?”  When her family’s neighborhood is destroyed, Lauren Olamina sets out on a journey north, and creates a new religion, gathering a few followers as she goes. She calls it Earthseed, and there are excerpts of her Earthseed writings within the novel, starting with these words:

All that you touch, You Change

All that you Change, Changes you

The only lasting truth Is Change.

When I finished Parable of the Talents, I wondered whether Octavia actually believed the Earthseed ideas, or whether it was a fictional exercise in imagining a modern founder of a new religion. I found an article that suggested that her journals reveal Earthseed did align with her own beliefs. I can find much inspiration in Earthseed, though parts of it don’t work for me. I’ve always experienced the divine as more personal and loving, rather than the impersonal force of change that Lauren Olamina elucidates.  But if I had had the experiences that Lauren had, that Octavia had, might I experience a different sort of divinity as well? Still, never to leave it simple, Octavia has another major character–Lauren’s brother–raise the same criticism and choose a personal God.

I cannot say enough how much I love Octavia’s writing, but it is also devastating to read. Somehow when the writing is beautiful enough, I can bear the challenge.  (Spoiler alert!) For example, in Parable of the Talents, Acorn, the first community of Earthseed, is attacked and the children are all taken from their families, and adopted away into “Christian” families. Later, when the adults in the community finally escape from their captivity, they search for the children, but mostly cannot find them. Parable of the Talents is narrated by Lauren’s daughter who was taken when she was only a baby–and she doesn’t meet her mother until many years later when she has become an adult. However, they never recover from everything that has happened in between. Devastating.

In this way, the dystopia of the Parables isn’t really a future danger, but a present reality.  Just as in the novel many people were walking along the highway trying to find a way to survive, migrant people are right now walking along the roads north, facing danger from robbers, murderers, rapists, and smugglers, and then at the U.S. border being locked in cages, their children taken.  Undocumented people have no protections other than what they can give to each other in communities.  All the while a semblance of “ordinary life” goes on for other people like myself (except for COVID 19–but we are safe in homes with food).  I find myself wanting to talk with others about all the ideas that Octavia Butler raises, so many more than I can even hint at.

In the story, the Acorn community for a while was able to live by the work of their hands. They plant a garden and harvest the fruit of the trees. They go day by day until they no longer can. Meanwhile, our cherry trees are forming their first few little green cherry starts. I am so awed by it. Day by day, we are learning to partner with the earth for food. 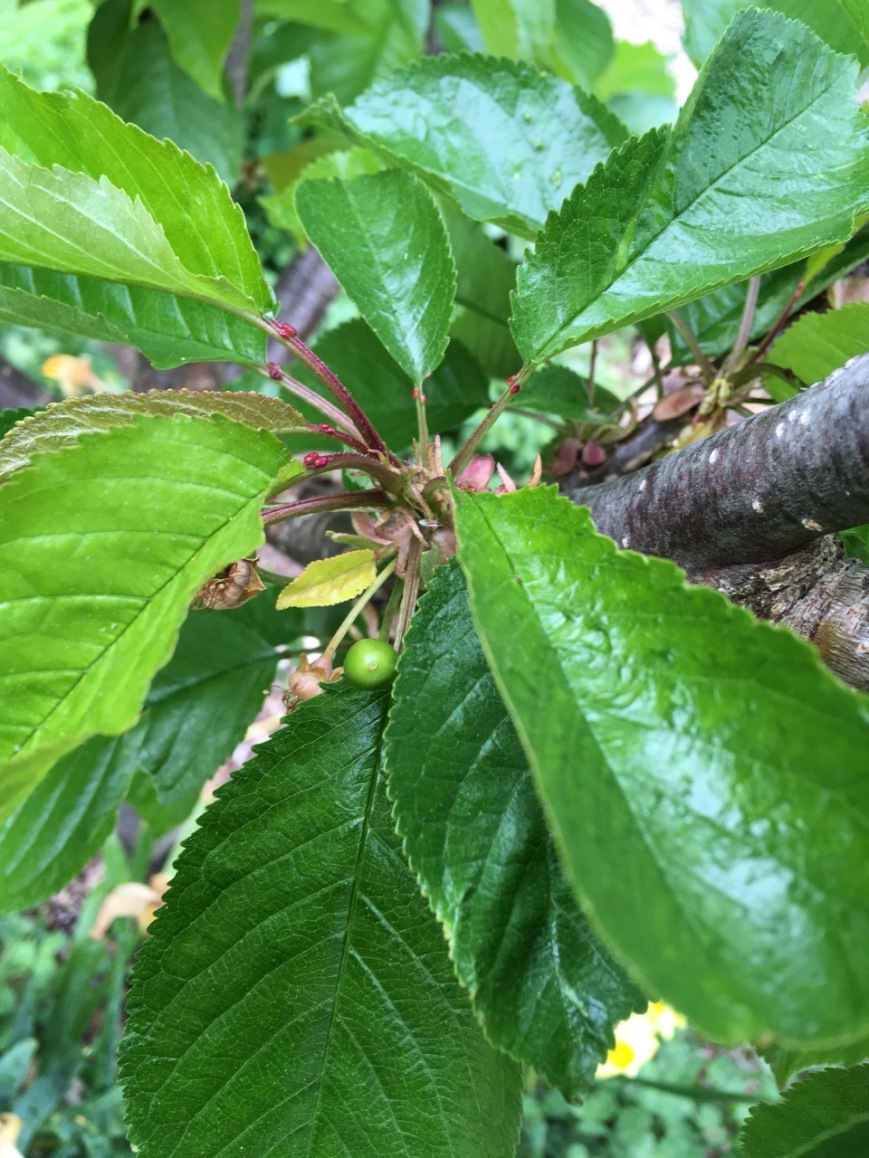