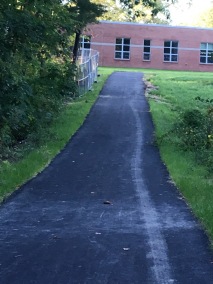 Today I set out on my usual walk around the neighborhood. When I got to the newly paved way that leads over Capisic Brook toward the new Rowe school, I saw a fox cross over at the other end, and slip into the path into the woods (before I could catch them in a photo). So I felt invited to walk that path along the brook as well.  I couldn’t see the fox anymore, but I could hear squirrels doing their alarm chatters, and guessed they might be warning others about the fox.

I hadn’t walked that path for at least a week, and along the way, I noticed that someone had been upgrading the trail, with logs positioned on the edges, and a gravel/sand mix spread out over the trail. 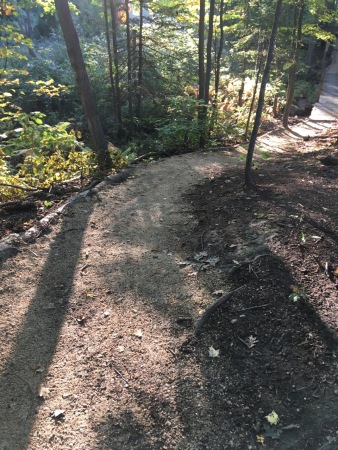 That made me smile. I like to see the evidence of other people caring for the trail.

It is a beautiful sunny day today and I was enjoying the trees and the shifting colors in the leaves.  We’ve learned to speak about the weather in our Wabanaki Language class.  “It’s sunny” would be “Kisuhswiw.” The word for sun is kisuhs.  It’s pronounced starting with a hard “g” sound, and a “z” sound for the first “s.”

On my walk I was thinking about Findhorn, the community in Scotland that was founded by Peter and Eileen Caddy and Dorothy Maclean. The three had been living in a caravan park, with few material resources, so Peter started a small garden. During her meditation, Dorothy began receiving instructions from the spirits of the plants, showing how best to grow them.  The plants thrived, and became so huge that they attracted international attention.  I was thinking about the possibilities for communion between myself and the plant beings.  Even as I attempt to learn about gardening, the plants are actually my best teachers. Yet, in our materialistic society, it is easy to doubt or forget that communication.

When I reached the river of rocks, I wondered if the path workers would have built a new bridge over the drainage area, but it was the same.  Then, further down the slope, I saw the fox! I think they were eating an old dead squirrel.  This time I was able to take a few photos, before they decided to move on with their day.  I felt blessed. Anytime a wild shy creature lets you spy them, you know it is a blessing. May you also be blessed today! 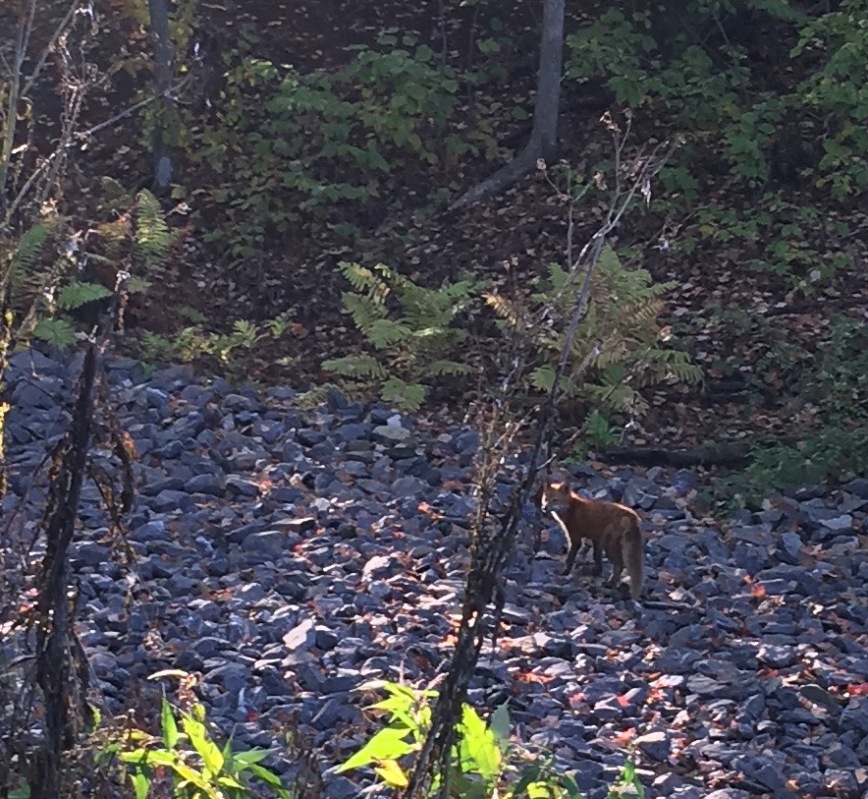