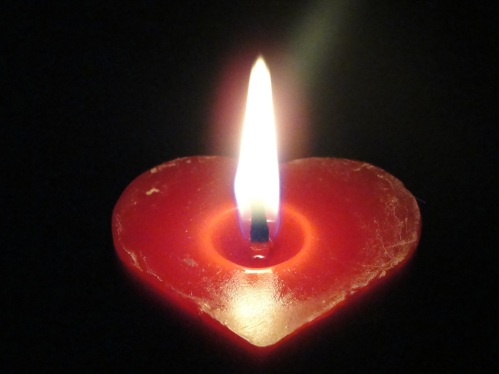 How tragically ironic, as we approach the season of Christmas, (which celebrates a Middle Eastern refugee family seeking shelter), that so many in the Christian world are now, in response to the attacks in Paris, calling for shutting their boundaries to refugees from Syria. Haven’t people heard that these refugees are fleeing from the same terrorists who killed in Paris? I understand that people are afraid. That is the purpose and consequence of terrorist acts. But to extend that fear to all refugees, to all Muslims, to all Syrians is one of the worst forms of human cowardice.

We are called to be better than that. I am not saying it is easy. But I was inspired when I heard about Antoine Leiris, whose wife was shot in Paris. He posted this message to those responsible:

“On Friday night you stole away the life of an exceptional being, the love of my life, the mother of my son, but you will not have my hatred. I do not know who you are and I don’t want to know, you are dead souls. If the God for whom you kill so blindly made us in His image, each bullet in my wife’s body would have been a wound in His heart.

“Therefore I will not give you the gift of hating you. You have obviously sought it but responding to hatred with anger would be to give in to the same ignorance that that has made you what you are. You want me to be afraid, to cast a mistrustful eye on my fellow citizens, to sacrifice my freedom for security. Lost. Same player, same game.

“We are only two, my son and I, but we are more powerful than all the world’s armies. In any case, I have no more time to waste on you, I need to get back to Melvil who is waking up from his afternoon nap. He’s just 17 months old; he’ll eat his snack like every day, and then we’re going to play like we do every day; and every day of his life this little boy will insult you with his happiness and freedom. Because you don’t have his hatred either.”

His is a beautiful example of what heroism looks like. Most of us are not being asked to be that heroic right now.  But are we perhaps being called to take a few small step of heroism ourselves?  A few small acts that ask only a small amount of bravery come to my mind. We could contact our governors and our Congressional delegations to let them know we don’t agree with those who want to refuse refugees. We could contact the President and encourage him to hold strong, and in fact to increase the numbers of people we welcome from Syria.

On a more involved level, we might take it upon ourselves to learn more about the roots of the Middle East conflicts, and how U.S. foreign policy is linked to all of this. Some articles that I have found helpful include several interviews on Democracy Now that can be found on their website: www.democracynow.org. And perhaps, we could be active in welcoming those refugees who do arrive, helping them to get settled in a new and unfamiliar place.  Let us open our minds and hearts to the deeper realities of our world, and become our best selves—let us move beyond fear and hatred into compassion and hospitality toward those who are suffering.

5 thoughts on “Called to be Better: In Light of the Attacks on Paris”